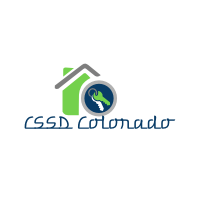 Farming is the process of growing crops and keeping livestock with the goal of producing food and various raw materials – a term that is often used as a synonym of agriculture, though the latter is a broader term that includes the science behind the crop growing and animal husbandry.

Farming has a long history in the US, being the primary livelihood of the population in the Pre-colonial era and maintaining its importance throughout the centuries, up to our days as well. Here are some important things to know about the US farming industry.

Growing crops and animals had been an important preoccupation of native communities before Colonists arrived on the continent, the most important plants cultivated being cotton, tobacco, corn, tomatoes, potatoes, sunflower and peanuts and with turkey being one of the most important type of livestock kept. The arrival of the Colonists brought about lots of changes in the organization of labor, by introducing slavery and creating large family farms where there were much smaller individually-owned plots before, but also by bringing in the techniques, seeds and livestock species that had not been present on the new colonies before.

Farming in the United States Today

The process of expansion and development in farming has never stopped – growth was often affected by economic and other crisis situations, but agriculture has never ceased to be one of the most important industries of the countries. The palette of the produce grown and of the animals reared on US farms is very large today, with many traditional plants, such as maize, sugar cane, tobacco sugar beet, potatoes, tomatoes, rice, oranges, lemons and animal species including cattle species, turkey and chicken, pig, seafood and sheep.

Livestock news sources report that the farming industry in the US has some unique features that set it apart from the agricultural practices in other parts of the world. One such feature is the high number of self-employed farmers and ranchers – individuals who fulfill the role of the operator, the manager and the laborer on their farm in one person. The availability of powerful, modern agricultural solutions, such as the use of machines, has contributed to diversification not only in terms of the crops and species cultivated – these individual farms and ranches vary widely in size, from very small to very large. However, recent years have seen a slight change in the distribution and ownership of farms and ranches, with many large investors and even foreign companies purchasing land in many areas of the US. As a reaction to the process, many states, including major agricultural areas, such as Iowa, North Dakota and Oklahoma, already have laws that ban foreign farmland ownership and many other states are working on laws to implement such a ban, too.

Agriculture is likely to remain one of the most important industries in the US in the future, too. The segment reacts sensitively to the changes brought about by global processes, but its historical strength will ensure its top position as a leading economic segment.